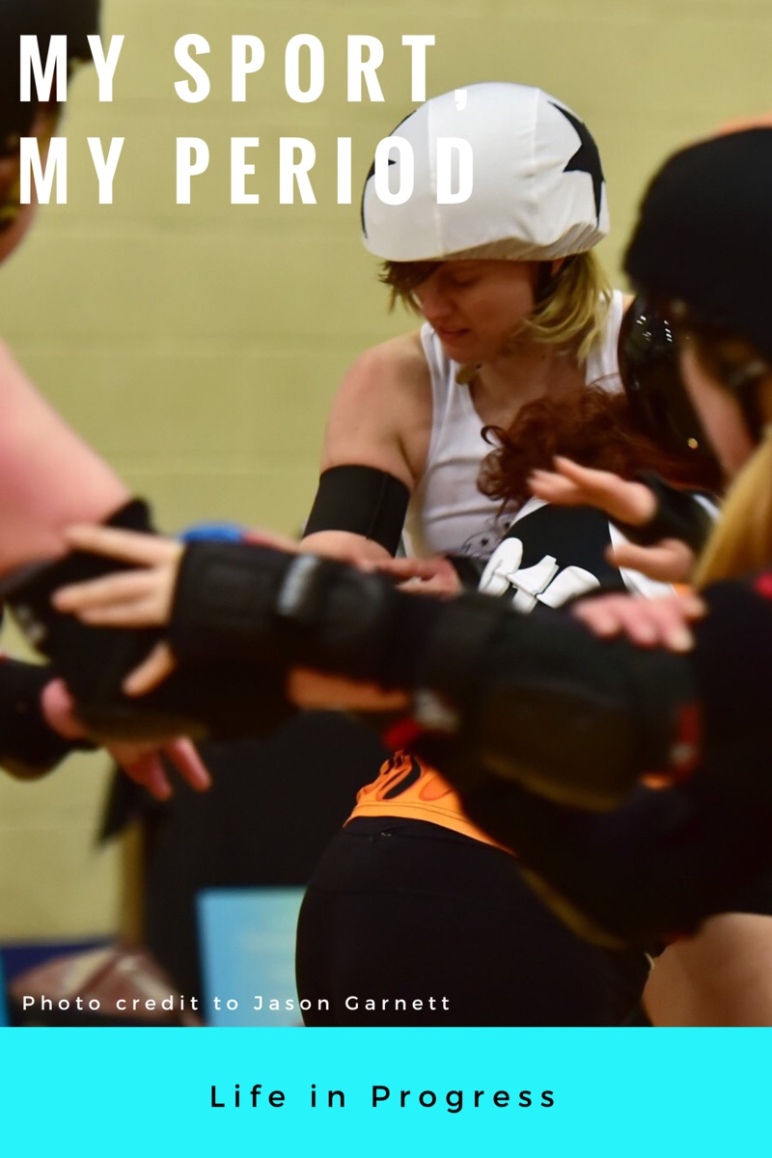 Who else can be having a super great training month, feel like they’re winning at life, and then get knocked for six and literally have to not do anything because of their period?

We don’t talk about the effects of menstruation on athletes enough. Fu Yuanhui started the conversation in 2016 in the Rio Olympics, when she competed in the 4×100 metre relay and stated after the race that she didn’t swim as well because she was on her period. It recently popped up in discussion again in 2017 when Jazmin Sawyers had to pull out of the Boston Long jump because of menstrual cramps.

So why isn’t there more scientific research going on into menstruation and the pain, torment and exhaustion we have to go through as women on a monthly basis – Regardless of whether we are involved in sport?

As a woman with an active Uterus I have options, but I also don’t… I was placed on the contraceptive pill as a teenager to reduce the pain that I was getting. But as it wasn’t enough to simply take the pill I was then also told to take mefenamic acid, alongside ibuprofen and paracetamol. This ‘soloution’ didn’t help and I was in so much pain every month I started doubling up my pill so that I didn’t have a period at all, and I was also taking waaaay too many pain killers for it to be safe.

During my twenties I decided enough was enough and got the implant fitted – because I figured if I was going to pump my body with hormones I may as well do it in a more logical way. After a year I had that removed, I bled constantly – it wasn’t a happy time.

Then I was told to try the patch, which was again not dealing with my pain, but just pumped me full of hormones and did nothing to stop or dull it. Pain medication was necessary, and I made a dramatic decision.

I eventually decided to stop using hormones to regulate my period. It wasn’t a solution, and didn’t make sense at all.

Your period is one of the most natural things in the world, so why stop it from happening when the reality is (to me) the sooner I’ve got shot of all of my eggs the sooner I can get to menopause and not have these awful periods anymore? It wasn’t dealing with the pain and quite frankly my attitude on hormones was horrific. I was constantly on the verge of some emotional breakdown, or committing a murder, it depended what day of the week it was.

Since I stopped using hormones my periods are still awful, but ironically they’ve shortened in length to one day of uterine wall evacuation, and a couple of additional days of non-painful spotting. I’ll let you figure out what mass uterine wall evacuation means – I liken it to haemorrhaging to my friends – because I’m gross, and I apologise for any horrific visual imagery that might conjure.

So how does it effect my sport. For one, I can’t train when it’s that day, at all. PT is always cancelled, Roller Derby training I have to miss along with anything else I had planned being abandoned (including on most occasions, work).

I have to lie in bed and be in the foetal position for a good 12-24 hours, take ibuprofen every 4-6 hours and massage my uterus whilst cradling a hot water bottle. I’m exhausted for a good day afterwards and need quiet time to just function. My brain is fuzzy and I can’t think like I usually do until the cloud lifts.

So far I leave it to chance, if a game-day falls on that day, I’m screwed.

I’m not the only one who leaves it to chance, so does Laura Trott (Cyclist and Olympic Gold medal winner). But I’m also lucky that I’m as regular as clockwork, but being part of a team sport can mean game dates could fall badly. But as yet I’ve just been lucky.

This weekend was the first game that I’ve played straight after my day of pain, I’m under no illusion it affected my performance. I felt sluggish and know I wasn’t going 100%, because I wasn’t feeling 100% But I played, scored points and did what was needed. But if that game had been this coming weekend…

But we need to talk about it, as regularly as it occurs. Young women are leaving competitive sport and fitness activity, and one of those reasons is dealing with periods. Always and they’re ‘like a girl’ campaign is so important to keeping that conversation alive.

We need more research into menstruation and actual solutions to handle the pain we go through on a monthly basis.

To me, contraception is not the solution, further research is. A sticking plaster is what we’ve been offered for years, and I’m under no illusion that if it were a Male issue a solution would already have been found.

If a football team had a player suffering from that level of pain on match day, or an NFL player couldn’t make it to the game because he was crippled over in pain once a month? It just wouldn’t happen, we’d have a solution, there’s too much money invested in Male sports from sponsorship and advertising alone to allow someone to be a benchwarmer because they were on their period that week.

So let’s talk about it… How does it affect you?

One thought on “My Sport, My Period”